Jordan Mills is a Southpaw Gunslinger in the Class of 2022 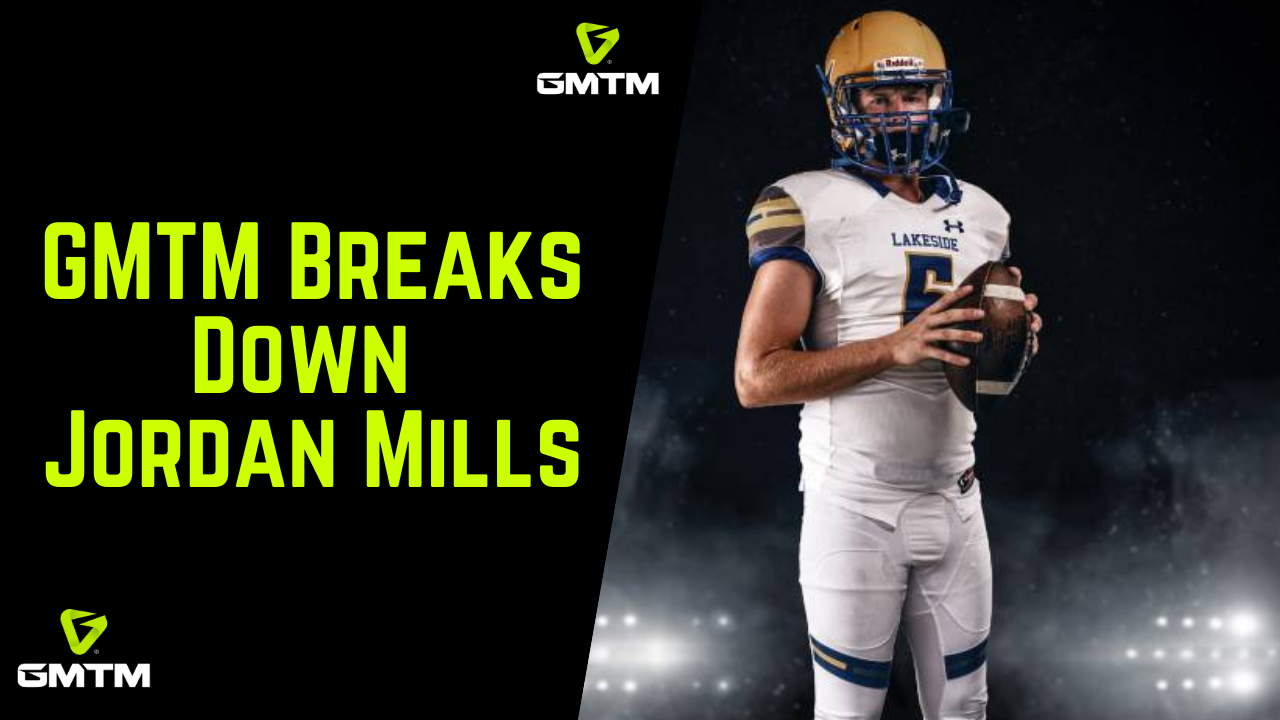 Jordan Mills is a talented lefty QB out of Arkansas. He shows real athletic potential and smooth, flick-of-the-wrist throwing motion that gets the ball out of his hands quick.

Back in September, GMTM's Joey Grant and former USC Quarterback Max Browne took a look at his Elite 11 Pro Day Script live on Twitch. Here's what they thought:

Jordan showcases a compact throwing motion that gets the ball to his receiver quick. Max gave him a great tip at the onset of the video, as he pointed out that he had a hitch in his first 3-step drop. On a 3-step, the ball needs to be out of the QB's hand quickly, right when he gets to the top of his drop. With the hitch step, the guard will typically be in his lap and make it difficult to step in to the throw. Max pointed this out as a quick area for improvement with Jordan's footwork.

As the video progressed, it became clear that Jordan was a talented thrower of the football. He executed the ball fakes well, and the ball jumped out of his hand to hit the receiver in stride. In the below clip, Max talks about his "back-end velocity" that is on display. This is good knowledge for any QB prospect to have as a tool that evaluators will use to evaluate arm strength.

The quick release and clear arm strength are two very important traits for a QB to be successful at the next level. The third, and most important, is accuracy. Jordan showed great accuracy throughout the script as he hit his receivers in stride consistently. He threw two great seam balls, which Max lauded for his accuracy and timing in hitting the receiver in stride on the seam. He drove the ball through the receiver, which is crucial when there are defenders all around the play in the middle of the field.

He got to show off his ability on the move as well. It is no secret that the game is moving towards a more athletic, mobile prototype at the QB position. As a result, accuracy and arm strength on roll outs are paramount. That play showed his ability to roll to his right and still get his shoulders square to deliver the ball to his receiver on time.

His athleticism comes as no surprise, as his Twitter feed is filled with clips of him in the gym or doing other workouts. He plays both sides of the ball and is a member of his schools basketball team. With all of this, he still manages to maintain a 3.6 GPA off the field and court.

Jordan checks a lot of the boxes that you would want in a member of your football program. He plays hard and works harder. As he continues to develop the nuances of the QB position, he will be a prospect to watch moving forward.