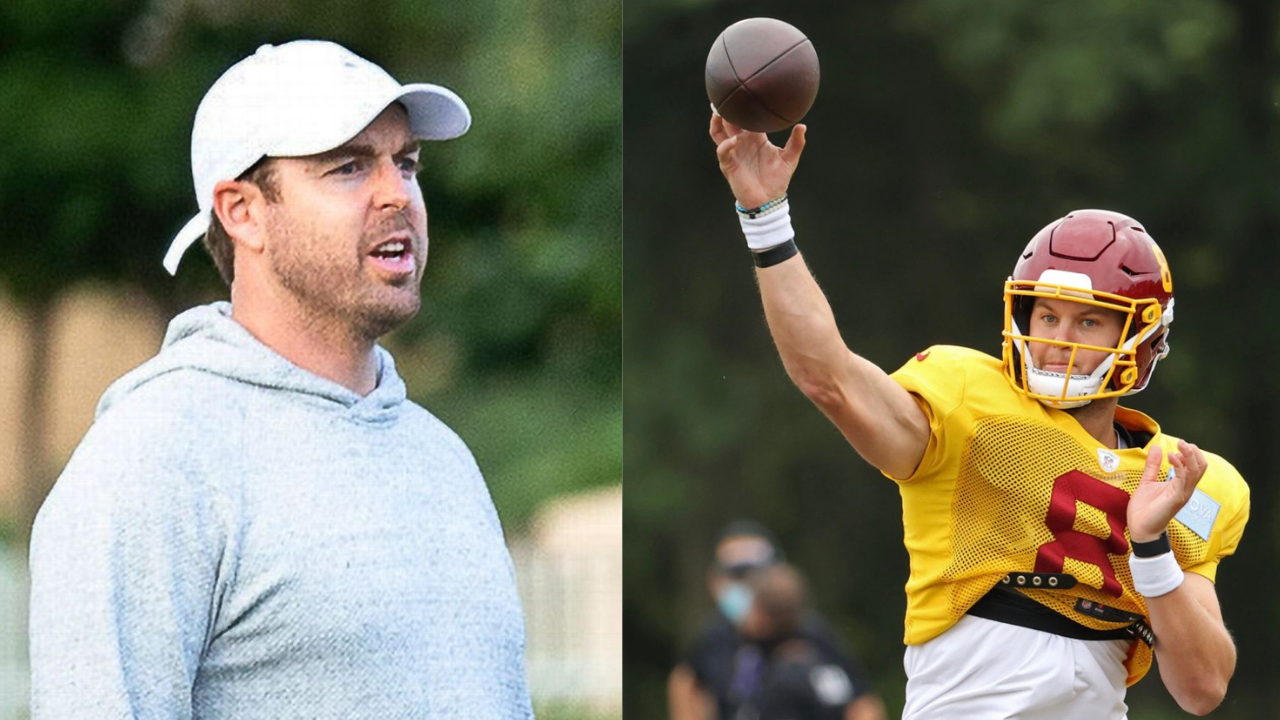 The Washington Football Team QB will join QB Summit founder and former NFL quarterback Jordan Palmer on a live stream during tonight's Thursday Night Football game between Seattle and Arizona. Click here to subscribe on Twitch and be alerted when they go live!

The two will appear on Palmer's weekly live show on Twitch, talking about developing as a quarterback and discussing what it takes to make it in today's NFL. Along the way, they'll provide live analysis of the battle between Russell Wilson and Kyler Murray as they face off in Seattle tonight.

Allen, who was signed as a free agent by the Carolina Panthers in 2018, has played 4 games for the Washington Football Team this season. In those games, he had a 69

completion percentage on 87 attempts, but now serves as backup to veteran Alex Smith.

Allen played his college ball at Texas A&M and Houston, transferring after his sophomore season to start for the Cougars in 2016. He declared for the NFL draft after his Junior year and that's when he met Palmer, an accomplished NFL backup in his own right, while preparing to enter the draft.

Palmer is the founder of QB Summit, a quarterback incubator that helped NFL draft picks Joe Burrow, Pat Mahomes, and Sam Darnold hone their skills for the next level. Palmer is one of the top quarterback coaches in the nation and his ability to make the game feel like an extension of life is a treat for any listener.

You can join their conversation and watch live by subscribing to @gmtmsports on Twitch.