Myles Watson is a Disruptive DT in the Class of 2021 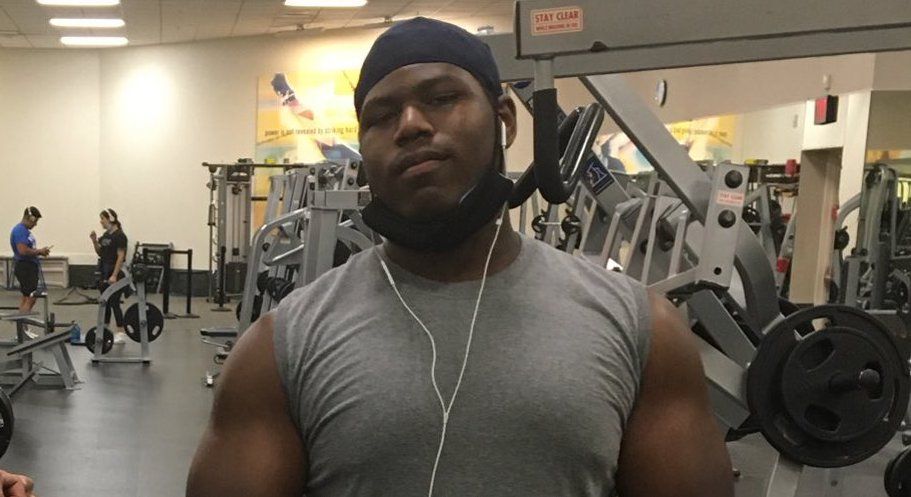 Representing the state of Illinois, Myles Watson is an active and disruptive force in the interior. He plays with great awareness and is a brick wall against the run.

The first thing that stands out with Myles is his get off. His first step is explosive off the ball, making him a difficult player to block. On this play, he quickly gets into the offensive lineman's body and drives him back two steps before disengaging and chasing down the ball carrier for a loss.

He is an active defender, and Joey called out that he does a great job of threading the creases in the run game. A successful rushing attack begins with the O-Line preventing penetration, but Myles does a great job of finding those creases and blowing up plays in the backfield.

Watson’s motor is unrelenting, as he refuses to quit on plays and can be seen chasing down running backs in the backfield on multiple occasions. He has nimble feet, which allow him to maintain through contact and continue to make an impact on the play.

He pairs that with great, active hands, which shines positively on his potential development as a pass rushing force from the interior. As he continues to develop his hand-fighting and adds counter moves, he should take the next step to an impact player on every down.

Myles is always playing with his eyes in the backfield and shadowing the cuts and moves that the offensive players are making in an effort to be proactive and get to holes before the ballcarrier to blow up the play.

On this play, he sniffs out the screen and nearly picks it off before making the tackle for a loss. This shows off his football awareness, which is a huge key for him to be successful at the next level. Understanding how the offense will try to react to the defense allows him to stay one step ahead disruptive.

Myles Watson has all of the intangibles you would want in a defensive lineman. He is an active, willing defender who does not take plays off and is a constant presence in the opponents backfield.

As he continues to develop his array of pass rushing moves, he flashes the potential to become an impact player along the defensive line on all three downs and will improve whatever program he ends up with.

Check out more player evaluations from Max and Joey on YouTube.