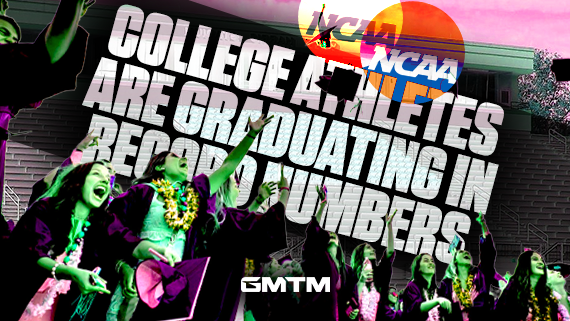 As the chatter surrounding players leaving school early, and their ability to profit handsomely from their name, image and likeness increases in volume, it seems like one wholesome trend is working in the NCAA’s favor. Young men and women are still putting the “student” in “student-athlete” at a pace not seen in the twenty years that graduation rates have been closely tracked for players.

The graduation success rate for Division I, or GSR for short, came in at 90

this year, which was the same figure achieved a year ago. This is a pretty big accomplishment, considering all of the educational, emotional, and resource hurdles students and faculty have had to deal with in the past 20 months or so.

“Today’s announcement proves that college athletes take seriously their status as students. We celebrate them and their achievements and will continue to support them as the NCAA modernizes its rules to benefit them,” said NCAA President Mark Emmert. Via NCAA.org

Interestingly enough, the data released by the NCAA supports the notion that student-athletes are graduating at a higher rate than peers who are not involved in athletics. That would seem to run counterintuitive to traditional logic, considering students are exclusively focused on academia. But the fact that the NCAA has enough to data to make this claim is a testament to the hard work student-athletes put in academically.

, while that same metric rose to 88
for Division III.

In an effort to become more malleable across all of its bodies, the NCAA has spent considerable effort in the last several months trying to become more nimble in its decision making processes. One of...