Who Is The Highest-Paid Coach College Sports? | GMTM

Who Is The Highest-Paid Coach College Sports? 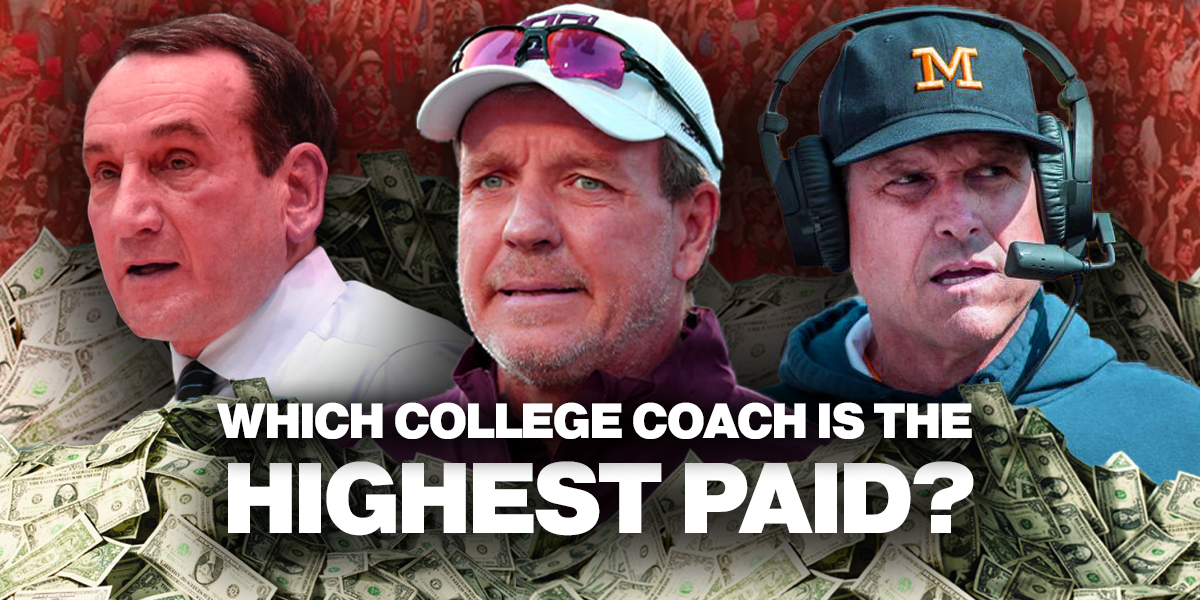 In the 2020 financial year, the NCAA generated 165.23 million U.S. dollars in revenue from its television and marketing rights. In addition to this, each school has its own revenue stream from jerseys, endorsements, ticket sales, and various other promotions.

For the top schools, these additional revenue streams can bring in millions of dollars. And with the schools not sharing any of this revenue with the players, it leaves a large pile of cash for Head Coaches. Today we are going to take a look at the top 7 highest-paid college sports coaches.

Perhaps the most well-known and respected college basketball coach in the world, Coach Krzyzewski, or Coach “K”, has transformed Duke into one of the biggest juggernauts in all of the college sports.

It seems as if each year the Blue Devils are favorites to reach the Final Four in the NCAA tournament, often going on to win it all. Coach K has also groomed many NBA athletes such as Anthony Davis and Kyrie Irving.

When coach Fisher signed from Florida State hiss contract, worth $75 million across 10 years, was the largest one in history. His contract is also full of performance incentives such as $1 Million for winning the national title and $100,000 for winning coach of the year.

Coach Fisher has had success with the Aggies and is looking worth every penny of that huge deal.

pay increase for the last year of his contract, Harbaugh will become 1 of only 4 coaches to reach that yearly salary. He is also the only person on that list without a national championship ring.

In fact, the Wolverines have not even secured a Big Ten Championship under coach Harbaugh, leaving his future with the team in jeopardy.

After allegedly receiving an offer from UCLA, Calipari signed a lifetime deal with Kentucky that earned him over $9 million in the first year. Calipari has had tremendous success with the Wildcats including, 1 National Championship and 4 Final Four appearances.

He has also coached several NBA all-stars such as Devin Booker and Demarcus Cousins. Calipari’s success with both the team and individual players has made him the highest-paid coach in College Hoops.

After leading the Tigers to the National Championship game in 2019, Coach Orgeron signed an extension with LSU that raised his salary from $4 million to almost $9 million.

A perfect example of how one successful season can help cement your status amongst a program, and how it can also make you very rich.

Arguably the greatest recruiting coach of all time, Nick Saban has turned Alabama Football into maybe the most dominant program of the past 2 decades.

With several National Championships and an army of top recruits under his belt, Coach Saban is one of the most successful and respected Football coaches of all time.

Sweeney changed the market for Coaches when he signed a monstrous deal worth $93 million over the next 10 years. Sweeney has transformed Clemson Football into an absolute powerhouse.

His contract also includes an Alabama clause which greatly increases his buyout value in the event the Crimson Tide seeks him out to replace coach Saban after he retires.