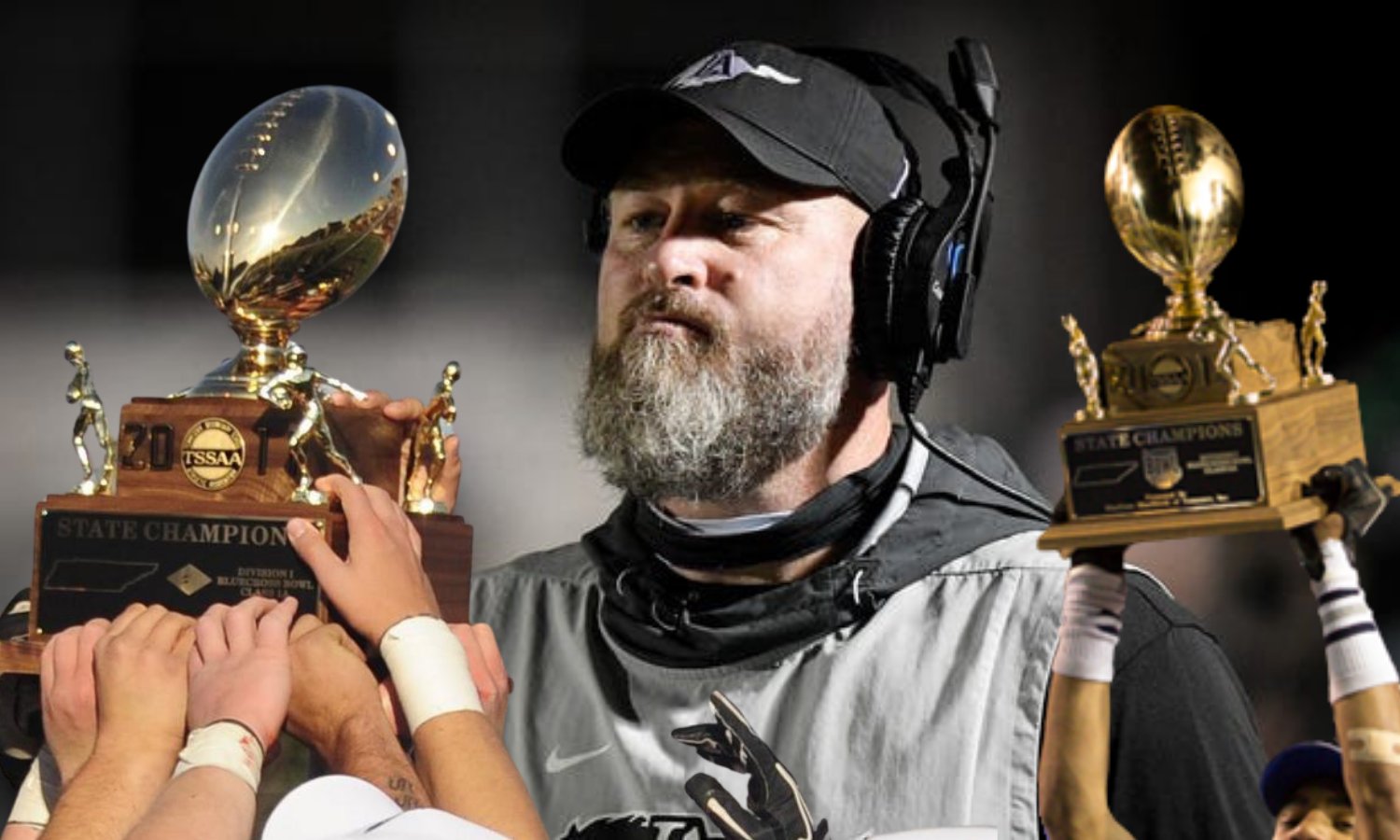 If you asked former Super Bowl winning quarterback Trent Dilfer where he would want to be in life after his playing days, his answer would be right where he is now—leading the Lipscomb Academy Mustangs high school football program to the precipice of a Tennessee state title.

Back in September, Dilfer had a chance to talk about his current team with GMTM’s Joey Grant and Max Browne. While he could have easily pursued coaching in the NFL or the college ranks, Dilfer felt that he would have the most value working with high school players, and reminisced about his early days with the program.

“When I got here there were 38 kids…they won three games in two years, they hadn’t won a league game in a few years,” he recalled. “It was quite the challenge, and I’ll be honest, the first time I watched the film, I cried.”

The thirteen-year NFL veteran emphasized that he didn’t take the job based on the building blocks Lipscomb had before he got to the program—he wanted the opportunity to establish a culture, and impact the community in a positive way. Dilfer called Lipscomb “a human development program masked as a high school football team.”

Due to COVID-19, this season has presented a challenge unlike any Dilfer, or any other high school football coaches, could have ever imagined.  According to Dilfer, most of the students and their families have elected to resume their education in person, which he believes has been a huge social benefit for the students at the school and the players on the football team.

“We had a lot of sad stories from mom’s and dad’s(from the past few months) about what their kids went through during the quarantine times,” Dilfer said. “Getting them back into football, soccer, cheerleading, volleyball…something bigger than themselves. We’ve seen some dramatic changes in these kids in a short amount of time. There were some really dark moments these kids were going through.”

Over and above the COVID difficulties, the season on the gridiron did not get off to a very good start for Lipscomb. They played an exhibition game against a team in the division above them, and turned the ball over a whopping 7 times in that contest. The Mustangs also lost the first two games of their regular season, so when Dilfer met with GMTM in early September, the team was not exactly hitting on all cylinders.

Since that point, they have not lost, and now find themselves in the Tennessee Division II-AA title game against the formidable Christ Presbyterian Academy, who Lipscomb fell to last year in the playoffs. Standout players such as RB Alex Broome and WR Coleman Baker, among others, have had excellent seasons that have allowed the Mustangs to get on such a hot streak.

It’s quite an ascent for Dilfer and his team, considering that back in September, he was more focused on getting his players in the right frame of mind emotionally during a stressful pandemic. The Lipscomb-Christ Presbyterian title tilt will be played on December 3rd.