Each Activity In The Volleyball Canada 2021 NEP Tryout On GMTM

As the COVID-19 pandemic seems to be turning a leaf in the early months of 2021, amateur volleyball is getting its first glances at what the spring and summer seasons might look like. NCAA Volleyball has decided they will host a 2021 National Championship in May and volleyball clubs all over North America are starting to collect rosters for a full slate of tournaments in the summer.

But, as schedules fall into place and normalcy seemingly returns to the sport, one innovation from the past year may be here to stay - Virtual Tryouts.

On February 1st, Volleyball Canada launched their 2021 National Excellence Program Tryout on GMTM. Canadian volleyball athletes - age 15 to 17 - from every corner of every province are able to record their virtual tryout from home, submit it on GMTM, and be evaluated by national team coaches. From those video submissions, sixteen female athletes will then be selected to attend the National Excellence Program in September 2021. 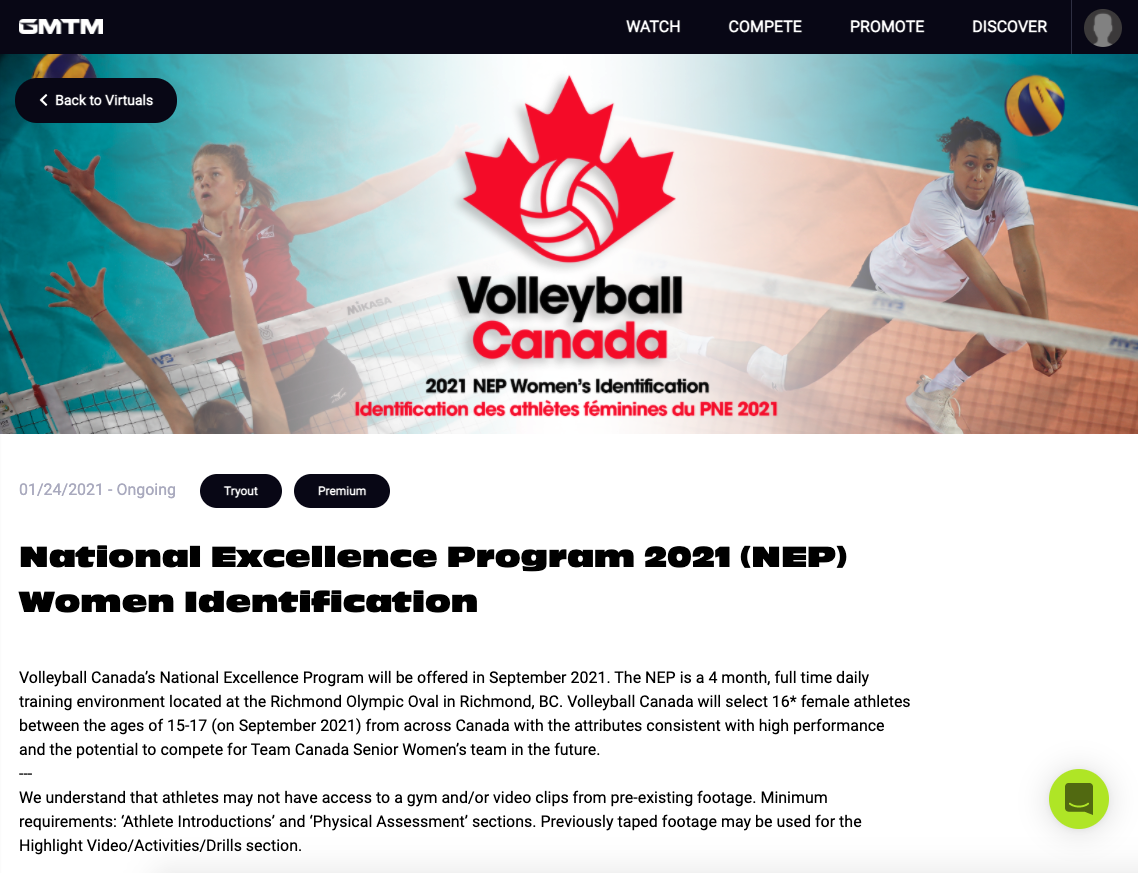 The Volleyball Canada National Excellence Program is a 4 month, full-time daily training environment located at the Richmond Olympic Oval in Richmond, BC. Athletes selected to attend will have demonstrated attributes consistent with high performance and the potential to compete for Team Canada Senior Women’s team in the future.

Within the Volleyball Canada Women’s Identification, athletes will be asked to record and submit various activities. Each one provides coaches with a different metric that will help them identify the players with the most potential. 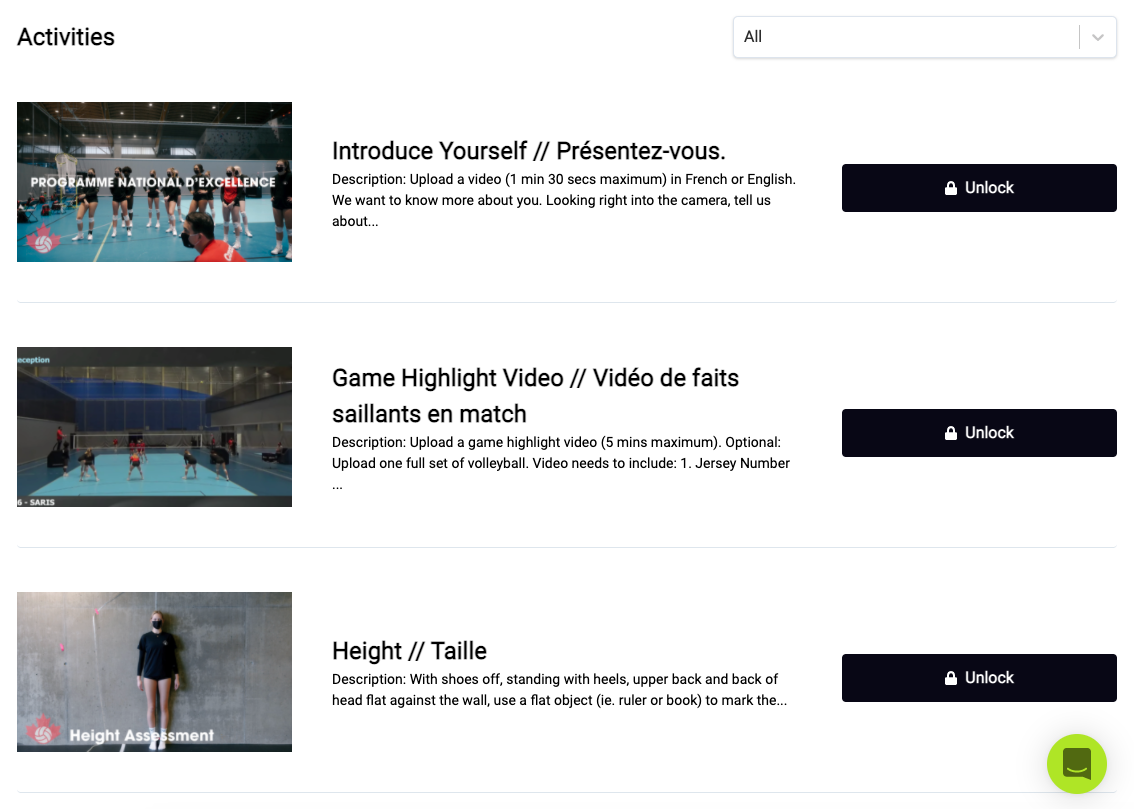 Below are some of the activities in the Volleyball Canada 2021 NEP Tryout and how to complete them:

This Height Assessment for volleyball athletes shows coaches how tall a player is. In volleyball, height is an essential metric that usually dictates an athletes' position.

The Wingspan Assessment for volleyball athletes demonstrates the reach of a particular player. The longer an athletes' reach, the more ground they will be able to cover.

While a long wingspan is essential for players at the net - who block and spike during each point - it is also an important metric for player's in the back row. A long reach can provide an advantage when digging and defending, but also helps add consistency for a setter and added velocity for a server.

The 1-Hand Reach Assessment for volleyball athletes demonstrates a player's reach in comparison to the net. The higher the reach, the more area a player will be able to cover above the net.

A higher 1-Hand Reach is a huge advantage when attacking. With more area to work with above the net, an outside hitter can get more downward velocity on their attacks and create more angles across the opponent's court.

A closely-related metric is the Spike Touch, which you can also see on this list.

The 2-Hand Reach Assessment, similar to the 1-Hand Reach, allows coaches to see the height of a volleyball player's reach in relation to the top of the net. A higher 2-Hand Reach makes blocking that much easier, as players can defend more area above the net.

This assessment is vital for coaches evaluating players in the front row, who will be blocking the opponent's attacks throughout the match.

A similar metric is the Block Touch. You can view the details of that assessment below.

The Block Touch Assessment for volleyball athletes allows coaches to see how high a player can reach with both hands when jumping from a standing position. This metric pairs an athlete's 2-Hand Touch with their Standing Vertical Jump, showing how effective a player will be while blocking at the net in a game situation.

Similar to the 2-Hand Touch metric, the higher a player's Block Touch, the more area they can defend at the net. Stopping the opponent's kill at the net can save the back row defenders from digging and passing, which are usually more difficult touches.

The Spike Touch Assessment for volleyball players shows coaches how high a player can reach with one hand when jumping after a moving approach. This metric pairs an athlete's 1-Hand Touch with their Running Vertical Jump, showing the maximum height they could reach on a kill.

A higher Spike Touch is very valuable for outside hitters, middle hitters, and right-side hitters. With more between their highest reach and the net, they can add more velocity and angles to their arsenal kills.

The Passing Evaluation for volleyball athletes demonstrates a player's ability to keep the ball in play off of an opponent's serve. Passing is a necessary skill for every volleyball player's, especially Liberos and Defensive Specialists in the back row.

It is important for athletes to deliver calm and controlled passes, so the setter has an easier time setting the ball for the attack. Passes should have be delivered with a high arch to the right side in front of your team's net, well above the setter's head and unreachable by a reaching blocker on the other side.

The Setting Evaluation for volleyball athletes demonstrates a setter's ability to pass the ball consistently to the attackers (outside hitters, middle hitters and right side hitters). Position and placement of a set are extremely important to match your hitters' different reaches.

A set is completed with both hands simultaneously in a swift upward movement to avoid a Lift or Double Contact call. Setters have to move quickly after a pass to square their feet and deliver an affective ball to the moving hitters.

Volleyball athletes from all over British Columbia have started taking matters into their own hands. Specifically, by using their smart phones to create content for Team BC's Volleyball Virtual... 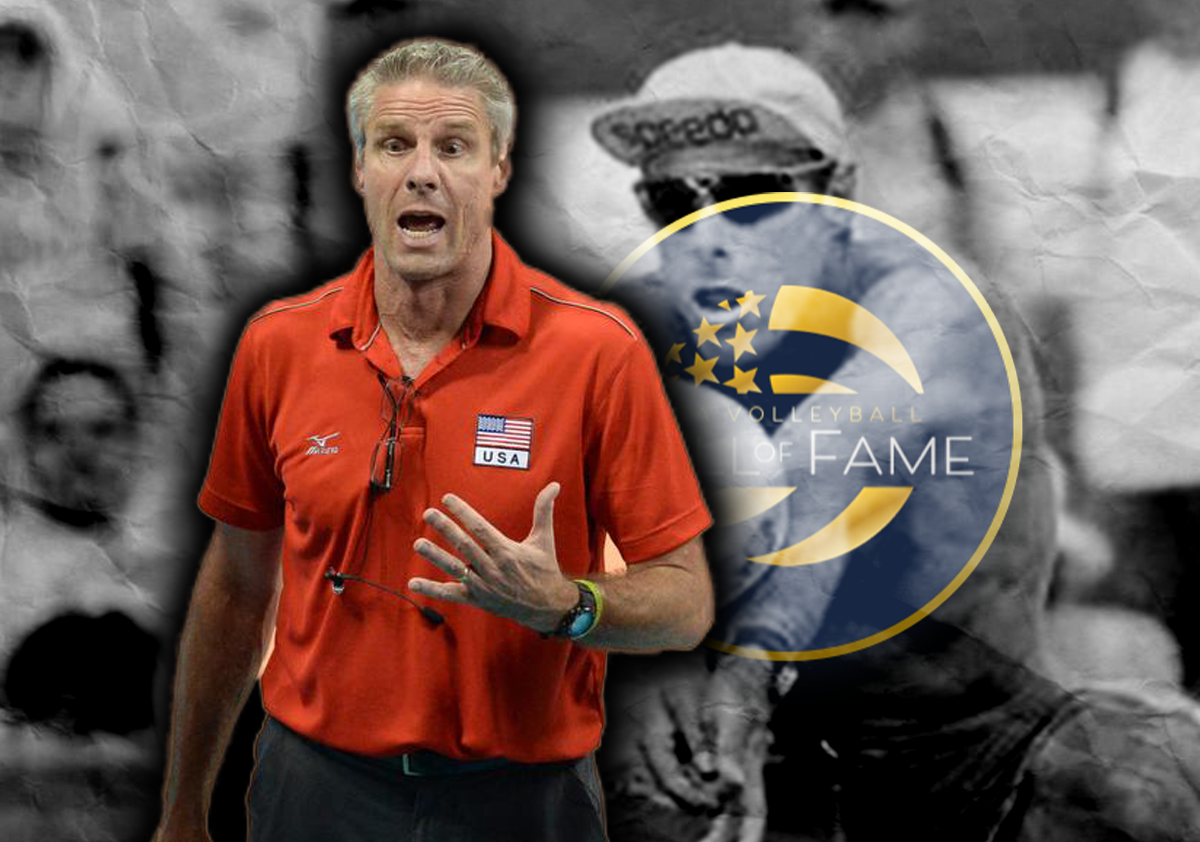 Why is Karch Kiraly the Greatest Men's Volleyball Hall of Fame Player?

The greatest? The greatest at what you may be thinking? Karch Kiraly is the absolute best at the game of volleyball. Mostly known as “Karch” Kiraly, his full name is Charles Frederick. Born November...

Finding a good college, team, coach, and place to spend four years of your life is important and exciting! There are a lot of factors to consider when making the decision of where to go to college,...