College Baseball: Young Pitchers Focus On Throwing Harder Than Ever 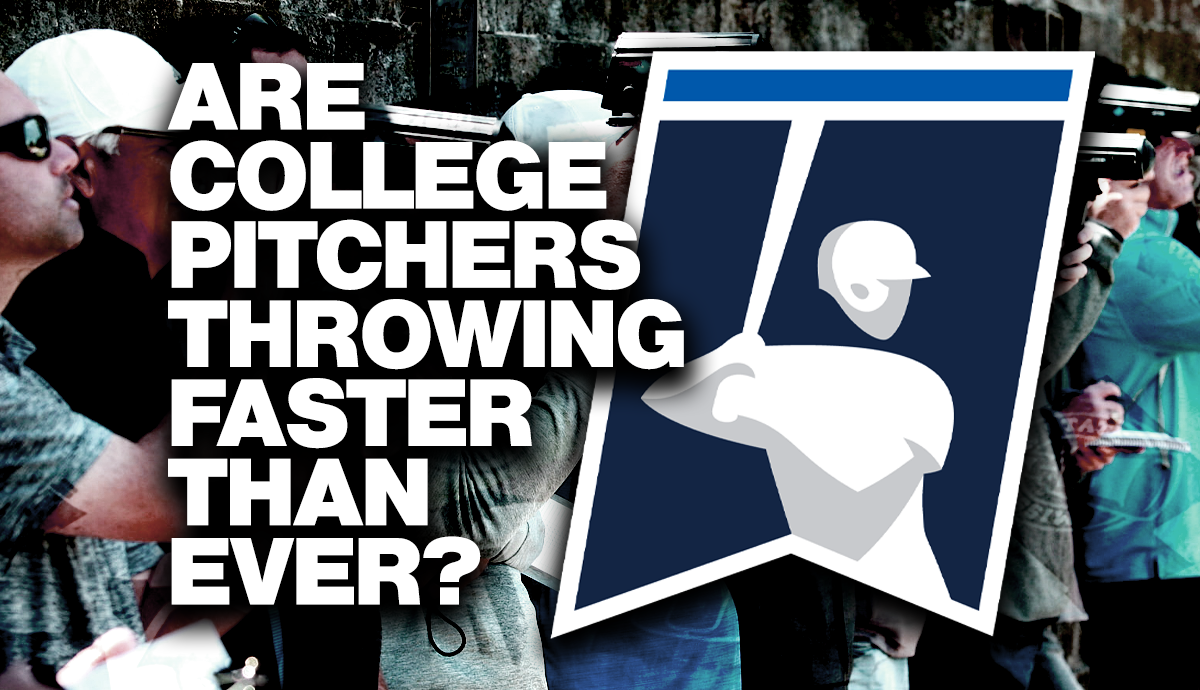 In a game where physical strength really isn’t emphasized like it is in football and sometimes basketball, baseball still has certain areas where players can show off their powerful prowess.

One of the most common metrics to determine the physical talent of pitchers in particular is the how hard they throw consistently via the radar gun. People still get a kick out of flamethrowers like Jacob DeGrom touching 100 mph in the 7th inning, or relievers like Aroldis Chapman eclipsing that threshold in shorter one inning outings.

There have been many pitchers who have excelled in Major League Baseball without a rocket arm, such as former Atlanta Braves corner-painting maven Greg Maddux, or former Minnesota Twins and New York Mets control artist Johan Santana. While there is a still a place for mixing, matching, and outthinking hitters, popular belief suggests dialing up a fastball that hitters can’t catch up to is the most impressive and simple way to get outs.

Balancing the allure of popping catchers mitts and dazzling coaches with electric velocity versus the prospects of getting hurt and ruining an otherwise promising career is a very fine line to tiptoe. Los Angeles Dodgers athletic trainer Stan Conte believes that it’s important for adults(parents and coaches alike) to monitor amateur pitchers and make sure that they aren’t doing too much too soon.

“Hopefully we can get youth leagues to protect the kids from themselves. It has to be the adults in the room making the decisions. But parents all think it’s someone else’s kid who is going to get hurt,” Conte said.” Via Bleacher Report

A perfect example of adults stepping in perfectly to protect their kids happened when Philadelphia Phillies pitcher Zack Wheeler was growing up in Smyrna, Georgia. Coaches knew that Wheeler had an electric arm dating back to his days in middle school, but his father made sure that they didn’t overextended the talented phenom.

“My dad was smart enough to know that his son-me-had a good arm. So he went to my coaches and said ‘I’d appreciate it if you don’t overpitch my son,’” Wheeler remembered. Via Bleacher Report

Whether it’s inherent pressure from major league clubs, or subtle undertones in the clubhouse, the fact remains that throwing hard is a priority for the majority of pitchers coming up through the high school, college, and minor league ranks. 2020 National League Cy Young winner Trevor Bauer remembers his journey to the big leagues as a young pitcher, and feeling like he had to dazzle scouts with blistering fastball speeds in order to be taken seriously.

“I was like,’O.K., I’m tired of those people getting opportunities over me because I don’t throw as hard,’” Bauer recalled. Via New York Times

There are so many different schools of thought when it comes to training programs and mechanisms to get a young hurler to throw harder. Former Major League pitcher Steven Ellis’ website lists out 22 ways to improve fastball speed, which includes adding lean mass to your frame, increasing stride length and “getting the glove arm involved,” among many other tips.

There are also more structured programs in place for baseball prospects to add some zip to their fastball, such as Driveline Baseball’s training center. Using a data driven model, Driveline analyzes pitcher throwing motion and anatomical performance while players participate in drills such as throwing a weighted ball against a padded wall. Programs like these have become very popular, and will only be relied upon more heavily in the coming decades.

“One miles per hour is the new benchmark,” former Major League pitcher Tom House said. “I think in the next five to eight years, most pitchers, to sign a pro contract, are going to have to show 97, 98 and touch 101, 102. That’s where the research is going." Via New York Times