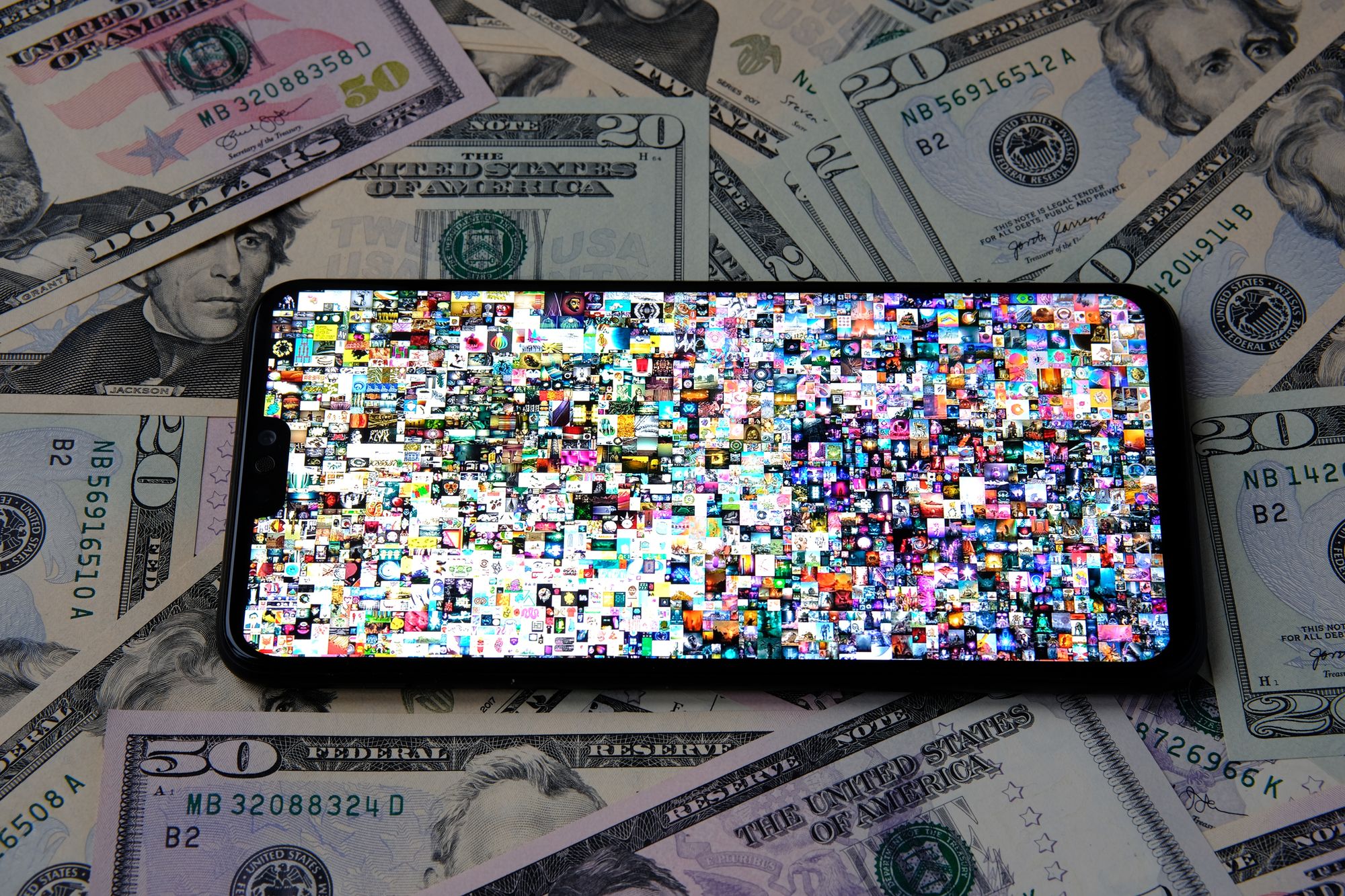 Startup's like NBA Top Shot have scored billion dollar valuations seemingly overnight, some guy named Beeple sold his "crypto-art" for $69 million, and William Shatner is hocking x-rays of his teeth for some reason.

"What the heck is going on?"

NFT's are Non-Fungible Tokens and they're usually pronounced N-F-T but sometimes pronounced "nifty's" by the more nerdy among us. To understand what 'non-fungible' means it's helpful to first understand the word 'fungible'.

A non-fungible item means it's unique. Art is a great example. If I have a painting, I can't trade you for two different paintings and have the same overall thing. Each one is unique. The same could be said for an airplane ticket or a baseball card.

The word token implies that its on top of a blockchain. Think of a blockchain as a distributed spreadsheet that everyone has access to and can read. Each entry is a transaction, and those transactions are conducted using tokens.

If I send you a Bitcoin, that transaction is recorded and available forever on Bitcoin's public ledger. In that case, it's a fungible token representing money. In an NFT's case, there's still a transaction but it instead represents something unique.

Yea, we're getting there.

Another concept that's helpful to understand is that most everything involving NFT's uses something called a 'smart contract'.

A smart contract is executable code that's embedded in the token. Like any other contract, it's 'run' when certain conditions are met.

Think of the contract your favorite athlete or coach has with their team – there are often things like performance bonuses that are paid out when certain conditions are met. What makes a 'smart contract' smart is that those things happen automatically through the code embedded in the token.

"That's cool, I think, but what does this have to do with Tom Brady's eyes?"

Ok, so imagine taking baseball cards and turning them digital. Then, wrapping them in a token that every one can see, and maybe more importantly count.

The scarcity of each card/token is verifiable because we've all got access to the giant spreadsheet-in-the-sky known as the blockchain. That metaphorical baseball card is now a scarce, digital item whose supply is known and verifiable. It's instantly purchasable and accessible in a global market.

But it doesn't end there. There's no limitation on what an NFT can represent. Sure, it can be a digital playing card or art, but it can also be an avatar in a video game.

Take F1 Delta Time as an example. Gamers can buy and sell drivers, car parts, tracks and just about every other in game asset. Imagine playing Fortnite but everything in the game is a sellable asset that you actually own. Pretty Ready Player One, right?

It's not hard to imagine an upcoming NCAA football game from EA Sports where everyone gets a generic, fake roster and gamers are able to purchase NFT's of their favorite athletes to slowly build an accurate representation of their favorite team. Want to play as future NFL Hall of Famer and GMTM investor Blake Bortles on the 2013 UCF Knights? That'll cost you, but you'll probably beat your friends generic Jake Jortles team handedly.

And with NIL rules formalizing, those athletes could be fairly compensated for their inclusion this time.

But it gets even more wild. Remember those 'smart contracts' I mentioned? Every time an NFT gets bought or sold, the smart contract can give a small percentage to the original creator. In the sports game analogy, players could be paid in perpetuity every time the NFT changes hands.

So yeah. That's why everyone from Tom Brady to Paris Hilton are rocking laser eyes on Twitter. Digitally scarce, tradable goods are a fundamentally new thing and the opportunities are both creative and endless.

The catch is the technology is early. So early in fact that a lot of tech visionaries kind of think they're just broken altogether.

Basically, most implementations of NFT's contain nothing more than a url pointing to a file on someone's server. If that someone removes the file from the server or the company who owns the server goes out of business (or any other number of scenarios), the file associated with that token can no longer be viewed or verified. Ever. Poof. Thanks for the $69 mil.

There's also confusion around ownership. You don't typically get ownership of the content of the token, just the token itself.

For example, if you buy a video on NBA Top Shot, you're not buying rights to the video. The NBA still owns those. You're also not buying the rights to be the only person who can have a copy of the video. Everyone can see the token and just save the contents to their hard drive.

What you are buying is the equivalent of a digital signature on a digital item. Meaning, it's autographed. And you know yours is more valuable than potential counterfeits because of the timestamp, yours was created first.

And what about copyrights? Or unflattering, potentially illegal images? Or any other host of weird scenarios. Once a token is issued, its immutable, meaning the contents can't change. It's essentially there, sitting on the public ledger, forever.

Basically there's a lot of questions still and the hype is likely ahead of what the technology actually supports. It's kind of like having the virtual reality headsets in Ready Player One, but back in the 1990s.

This is perfectly normal, though. Most new technologies go through a predictable 'hype cycle.'

"The hype cycle? That's what they called me in high school!"

No, it's not, and I'm talking about a very specific adoption curve you can use to try to judge where a new technology is in its development.

Hey, slow down. They're totally cool. I own NFTs. I have both bought and sold them and even launched my own NFT project. I am an active participant in this crazy little social phenomena called the NFT. They're amazing. But they're amazing like the cookies that are still baking in the oven. Sure, cookie dough is delicious, but if you eat it now you may end up being a little disappointed and maybe even get salmonella. We still all eat cookie dough though, right? It's risky but delicious.

Think of it like this – NFT's represent an important building block in what looks more and more like a super cool digital future built on blockchain technologies. For athletes, specifically young athletes on the come up in a NIL world, they represent a monetization opportunity on a global scale that simply wasn't possible just a few years ago. There's a lot of potential money at stake.

At GMTM, we're keeping a really close eye on the space. Both technically and conceptually its right down the fairway for us. We've got some ideas we want to explore, and maybe one that's possible sooner rather than later that we're excited about... But ultimately we're more interested in the long term than reacting to the first wave of the hype cycle. Measure twice, cut once.

Alex Rudloff is the co-founder and Chief Technology Officer of GMTM.com. He believes that UCF would have beaten Alabama in 2017 and he'll die on that hill.