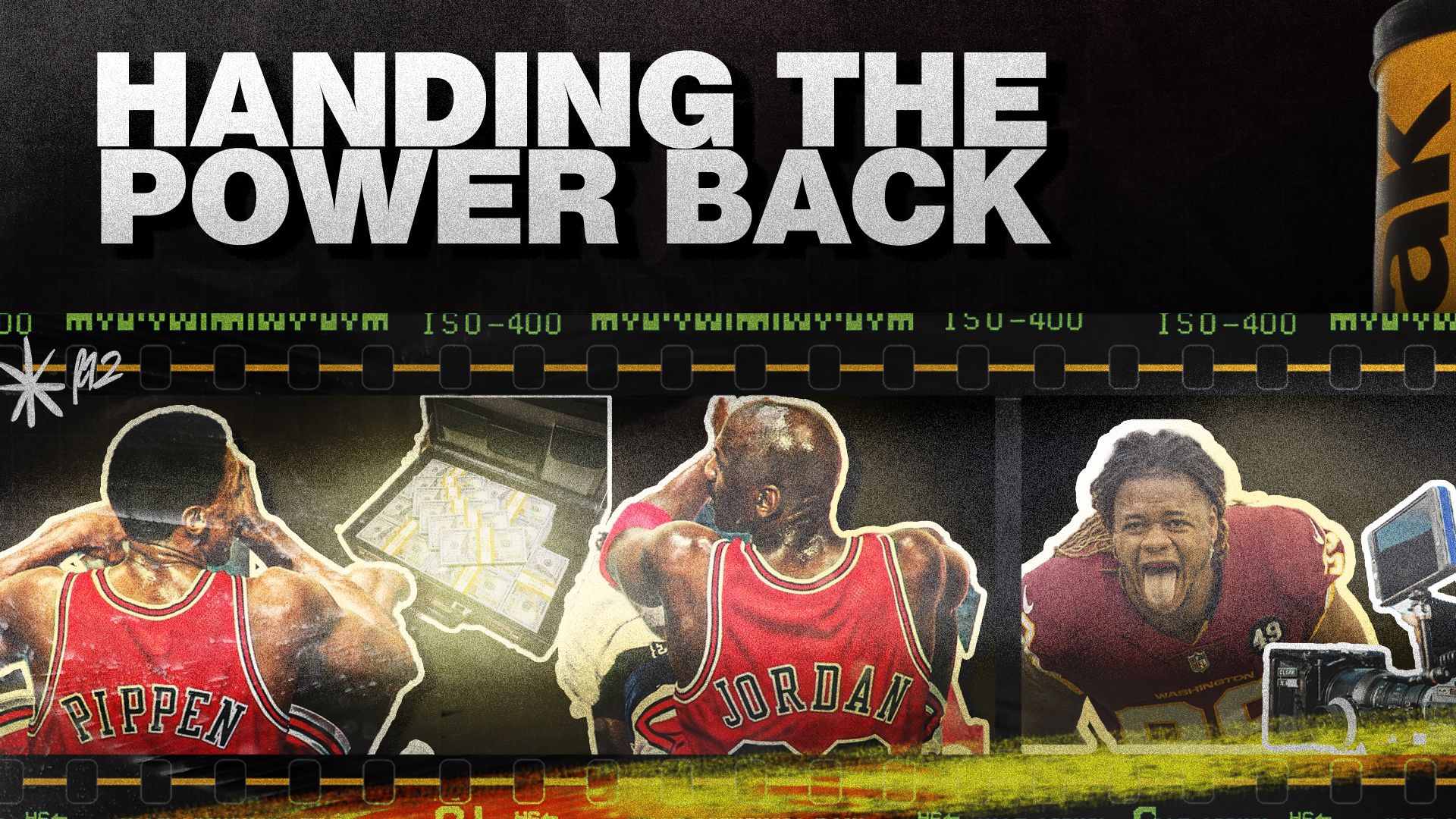 Between the ability to focus more on the sport they play and begin to take care of themselves and their families financially, the benefits of new Name, Image, and Likeness laws protects athletes most basic rights.

When the federal NIL bills are finally passed this summer, athletes will begin to see tangible monetary returns every day for their performance on and off the field, helping alleviate some of the stress connected to college sports.

One of those basic rights is to record and create content - the ability to document your story and protect what you have published on social media. Similar to what their classmates - who collect tens of thousands of dollars - on TikTok and Instagram are doing.

"(Athletes will finally) have the ability to make money how other 21-year-olds do," says Zach Soskin, founder of brand marketing firm, Voltage Management. Soskin, who worked for the Oregon Football Recruiting staff throughout college has seen the NIL changes coming.

But for Soskin, who got an intimate glimpse into the business of college athletics by folding Marcus Mariota's laundry, the compensation from Instagram posts for protein powder distributors and energy drink companies is not what moves the needle.

It is the story and recorded content of an athlete's journeys that will begin to collect the most royalties.

While the interpretations of what NIL rights can become are still up in the air, student athletes can take this period as a notice to start creating.

No matter how talented you are on the field or how good you look doing what you do, the athletes who create the most content will see the most benefits in the future. Recording the highs and the lows, the wins and the losses, the PRs and the warm ups is how every athlete can build a narrative that finds fans.

"Honestly," starts former Los Angeles Clippers Video Producer Andre Robinson on a zoom call in May, "what I would do is I would film the hard work. Just film everything from the start."

Robinson knows a thing or two about documenting an athlete's story. Since leaving the Clippers Creative Staff in May of 2021, Robinson has began freelancing and intends to keep many of the young NBA talent he's crossed paths with in his short but celebrated career.

"Invest in a little pocket camera have your brother or neighborhood friend film everything you are doing. (And tell them,) 'if we make it there, it's not just me being a millionaire. It's you being a millionaire too, because we have this story."

For someone that spends their working life behind the scenes of the nation's most-watched sports, Robinson knows how important footage is when promoting a n athlete and a storyline.

If you believe you're a top athlete, you also have think about the future. As Robinson puts it,

"You've gotta be a businessman," Robinson says, warning athletes that everyday presents opportunities. "One day when your health can't go, but you can keep earning and inspiring because your production company attached to your film filming can take you further."

This is the idea that won Kobe Bryant an Academy Award in 2018. One of his greatest achievements in his life wasn't on the court, but because of it.

Kobe was a businessman and a basketball player, and his success of his life story, Dear Basketball, in 2018 was set into motion years before. He established companies off the court, surrounded himself with creative people, and was passionate about the story he lived.

That's a lesson every verified high school athlete should pay attention to.

But, with every camera in the AV Club rented out and kids playing pickup games with GoPros and phone mounts, won't this freedom to create college sports content drown fans' interest?

No. Fans are fanatics and the more opportunities to find a place for your voice and talent, the more times you'll benefit from it.

Consider Michael Jordan's revealing docuseries, "The Last Dance". It took Twitter by storm and introduced another layer to one of the celebrated, yet mysterious icons in the world.

That level of interest... that level of trending was only possible because of the intimate moments we saw behind closed doors. It was Michael's conversations wth friends or his quarter games with security guards that gave life to a whole new generation and demographic of witnesses to lore of His Airness.

It was the cameras that weren't aimed at the rim that really told an accurate and exciting story of Jordan's life.

Obviously, the average college athlete benefitting from NIL changes this summer isn't Michael Jordan, but the opportunity to tell your story to an interested, paying audience will come.

Whether your story is shown in a Muscle Milk Twitter ad that earns you a small check or a expertly-constructed short film that wins you an Oscar, documenting your life moments and obstacles can help create opportunities for you down the road.

The conversation around Name, Image, and Likeness has proven to be a complicated one. Over a decade since the first NIL case was introduced to the Supreme Court in 2009, the dispute to give athletes a right to compensation for the use of their likeness in commercial content still rages on.

But, the deadline for a federal decision to be made and congressional legislation to be passed is closing in.

After five individual states have passed bills to allow student athletes to profit off of their name, image, and likeness, the federal government has until July 1st to pass a bill that would regulate NIL benefits on a national level.

No matter how the i's are dotted after the rules are passed in July, though, the inevitable shift in who owns the content is what should really excite the fans.

Student athlete's stories will belong to the student athletes and the influence young men and women on the field will be fairly represented off of it.

But, the advice from content creators across sports is to keep the camera rolling even after the whistle is blown.

Scotty Jenkins is a staff writer for GMTM covering all sports. He grew up slowly in Nebraska in the midst of the Husker football dynasty of the '90s... and has been aging rapidly ever since.