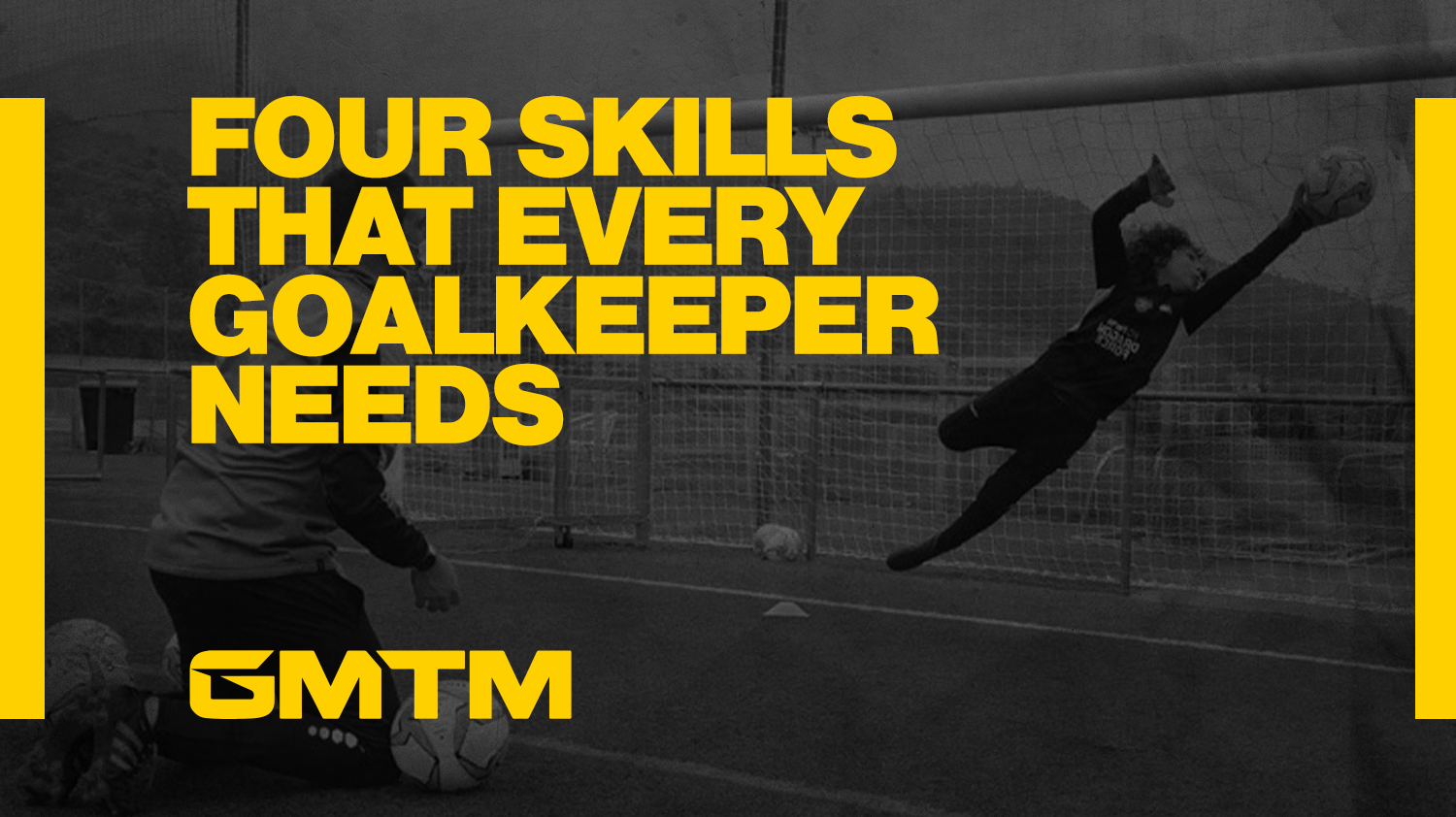 Goalkeepers are really the only ones on the field who you can't compete without.

Don't have a superstar forward that can take a rip with either foot? No worries, teams still score own goals on themselves all the time. Can't find a wing to throw in a ball that went out of bounds? Eventually the other team will just throw it back into play for you. You don't need midfielders either or a row defenders in the back.

But, you do need a goalie. Your team could survive a whole season with only a keeper doing the work. They would be setting records for saves and most likely goals scored against, but the game would go on and you could still get a tie if the goalkeeper was the last man standing.

So, keepers are important. It isn't the flashiest position or the one that get's the most praise - in fact, usually goalies go unnoticed until they make a great save or unfortuanately, when a zero isn't on the scoreboard anymore. But, they are the one player who is allowed to hold the fate of the game in their hands.

And that is why I want to see more young soccer athletes give it a try. So, I'm lining out the Four Most Important Skills Goalkeepers Need To Learn.

Before I tell you the first one, I wanted to give you a bonus tip and that is that every great goalie needs to lose their fear of failure. Being fearless and playing with a short memory is the major key to playing soccer well.

If you let in a goal, bounce back. If you miss your mark on a goal kick, there will be hundreds more to kick in your career. So, no matter what happens, play without fear of what could go wrong and focus on everything that can go right.

Know you are the only player on the field who really controls the game. And play free and have fun.

Alright. Now, blow the whistle and let's get this started.

1) Be Willing To Sacrifice

You are the last line of defense, literally. So, what happens between the pipes is going to stay there. There's no such thing as a beautiful save. There's just beautiful shots that you keep out of the net.

Whether you catch a perfectly-bent set piece just before it nestles into the upper-90 or crawl on all fours to chase down deflected ball that's rolling toward the line, a save is a save. So, get over what you look like on the field because a shut out will always look better.

Being a goalie means you are one of the craziest people on the field and you love wreaking havoc on the ones who like to score. Your job is to keep the net clean by whatever means necessary, even if you can't keep yourself clean.

Usually this means having to develop some grit. Goalkeepers most overlooked attribute is their ability to endure a tough game. When the other team is hot, you are going to see a lot of hard-kicked shots coming at all angles of the net. The most important thing to do is to always get back up and be ready for the next one.

Bouncing up from the ground and getting back to position is tough to do for 90-plus minutes, so naturally, goalkeepers have to work harder than everybody else. Your practice looks different than all of your teammates, but when the whistle blows to run at the end of the day, you'll be right there, continuing to push yourself and your teammates.

To be a great goalie, you have to love the sacrifice. You have to come into every situation, whether it's a late-season shootout or a Saturday morning practice, with the same intensity, always willing to lay out and get your kit dirty.

2) Adapt With Every Save You Make

Just because you're spending the match in your own box, doesn't mean you aren't responsible for everything on the field.

As a goalie, you have one of the best views on the field and you have to look at the game with the same mindset as a coach. For example:

All over the field, there are things happening that only you can see. Find out who the strongest players are and help your team create mismatches. Distribute the ball from goal kicks or overhead throws in order to exploit holes you see. Goalkeepers are able to play chess, while their teammates can only see checkers.

Additionally, keepers need to adapt with every attack the other team makes. Ask yourself questions throughout the game and know what the other team is trying to do.

Who is making the runs? How is the center-mid distributing to the forwards? What foot is each attacker most comfortable on? How deep is your back row and is the opposition taking advantage?

Seeing and analyzing each scenario not only helps your team win, but it helps you conserve energy, distribute better balls to your attackers, and stop more shots from even getting off your opponents' feet.

3) Get The Strongest Leg Around

The first thing a coach or a manager is going to do when looking for goalkeeper prospects is ask them to showcase their leg. Whether it's a goal kick or a set piece from outside the 18, coaches need to know how strong your leg is before they can trust you in the net.

This is because soccer is a game of field position. You can have great hands or be able to cover the entire net, but if you can't distribute the ball deep into the opponent's field from your own box, you're out of luck.

Being able to get the ball from your net to your center mid and forwards is essential. It helps your team gain possession quickly and make only a few passes upfield before they can look to score. And most importantly, booting the ball deep out of your own end makes it a lot more difficult for the other team to regain possession on your side, and that means you can have a little time to relax.

To develop a stronger leg, focus on you mechanics and raw strength. Running, squatting, and jumping is the simplest way to build leg muscles and the more strength you have, the more powerful your leg will become.

When it comes to mechanics, ensure you have a solid core and repeatable routine that gives you momentum as you step up to the ball. A goal kick, set piece, or a boot from your own box should be something you can do the same way thousand of times. Knowing what your service balls look like helps your team to field them and makes a one-touch move to get the ball upfield.

If you don't have the strongest leg, don't get discouraged. While having a boot that can put the ball anywhere on the field, accuracy and consistency are also valuable traits. If you can't get it all the way to your forwards, practice delivering the most accurate ball you can to the wings or to the center mid. If you can hit a certain spot on the field every time, your coach will help find someone who can field it routinely and help your team start the attack.

Also, another way to become a great asset as a distributer is practicing your overhead throws and drop-kicks. These are two unique ways to get the ball deep down field that involve different movements you may be more comfortable with.

4) Learn To Be The Leader

Soccer is a game of movement. Each player moves into and out of their zones, with outside backs running the entire length of the field to join the attack.

Goalies, on the other hand, remain in one space - between the posts. You may run to the corner flags to defend an errant pass by the other team or sprint to midfield to clear a ball after your team's shot is cleared from the opponent's goal, but a majority of the 90 minutes is spent in your box.

Additionally, because you occupy your team's goal the entire game, you have to be positive. Teammates look to you to affect the momentum of the game. A goalkeeper has the ability to keep their team in the game by keeping the net empty, but you can also affect the game by having high energy and inspiring the rest of your team on the field.

You have a positive mindset! When you make many saves in a row you can’t get too cocky. Then when you let some balls into the net, you can’t get down on yourself and quit. No one is perfect. It is impossible to save every shot. You win some and you lose some, but you will continue to improve as long as you stay positive and focused. From a goalie position you can see the game from a whole different perspective. You must be there for your team and be supportive and encouraging.

Scotty Jenkins is a staff writer for GMTM covering all kinds of events in sports. He grew up in Nebraska in the midst of the Husker football dynasty of the '90s... and has been aging rapidly ever since. 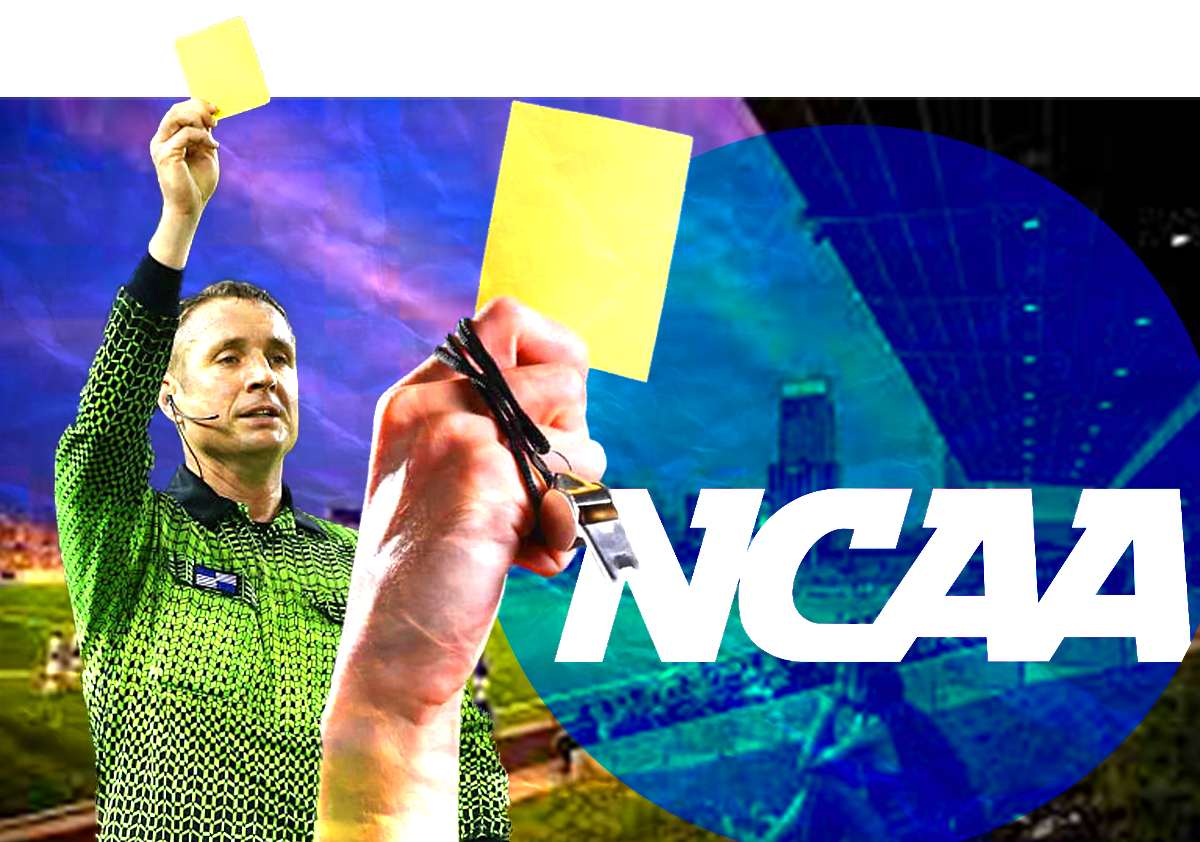 What the New Handball and Offside Rules Mean for College Soccer

This summer, the NCAA Men’s and Women’s Soccer Rules Committee decided to revamp the interpretations made by officials for both handball and offside situations. As of recent, handballs in college... 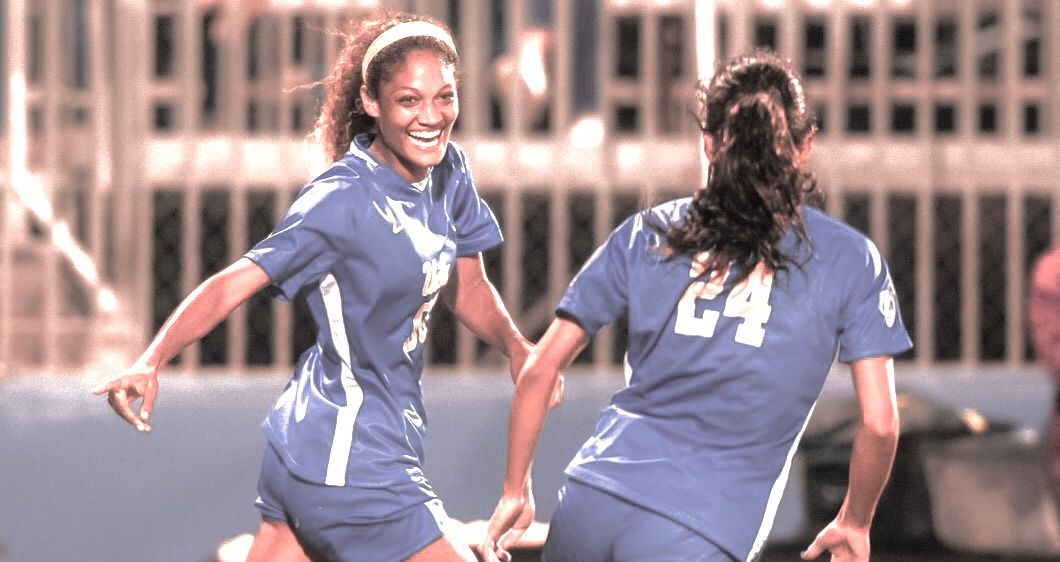