Recruiting Tip: Benefits of Listing Your Position as "Athlete" | GMTM

Recruiting Tip: Benefits of Listing Your Position as "Athlete" 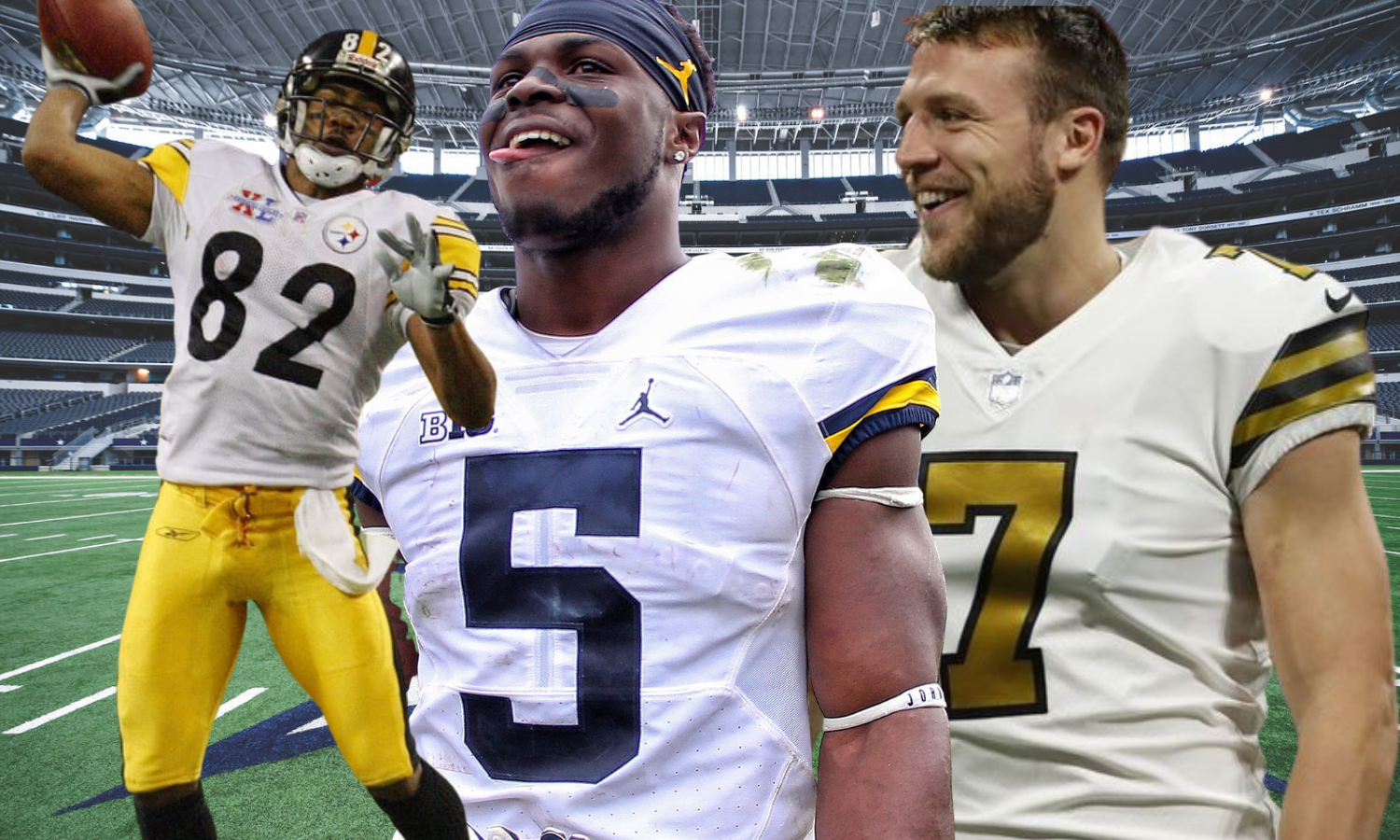 The position you play is crucial to how a college football program views their long-term viability. Whether it comes down to their scheme or current depth at a position, college football coaches and scouts are always hoping to fill their rosters at certain spots rather than others.

For those who are gifted enough or work hard enough to play several positions at a high level, their ability allows their coach to move them around the gridiron on both offense and defense.

For smaller high schools with a smaller squad, it might be a dozen or more athletes who have to play both sides of the ball. At a larger high school with more depth on the sideline, it's usually only the most talented, hard-working, or intelligent players who can compete at a high level on offense and defense.

For a few of the most gifted guys like Deion Sanders, Bo Jackson, and Michigan's Jabrille Peppers more recently, the talent these these top players possessed at multiple spots in the depth chart made committing to only one position a negative for their team.

On GMTM.com, athletes can list themselves as one, two, or three different positions in football. OR if your coach uses you in more positions than that, you can list your position as ATH (athlete).

When you list your position as an ATH, coaches may not see you as a specific guy they are looking for when they search Wide Receivers or Linebackers. But, when they do find you and the variety of skill sets you have, it's going to excite them.

Here are Three Benefits of Listing Yourself as an Athlete on GMTM:

Those who are gifted enough to play multiple positions across the field are highly valued for their diverse skillset, one that enables coaching staffs to use them in a wide variety of ways.

While being a jack of all trades is unheard of in today's NFL, college coaches are much more open to thinking outside the box. Even if a freshman joins a team where, for example, the receiving group is stacked with upperclassmen, his ability to play cornerback can open up a path to first-year playing time, depending on what the team needs any given year.

This chance to prove an athlete's ability may make it obvious what they do and don't excel at. Still, to be a successful athlete in college football, players need to dedicate themselves to learning two or even three different positions. Even though this is a difficult and often arduous task, anyone who sifts through the playbook for hours after practice is over will surely become a coaching staff favorite, gaining more snaps on Saturdays as a result.

While a stigma around the ATH position may be that they don't shine at any one position, this could not be farther from the truth.

College football is littered with great players who had elite skills but no true roster spot. Denard Robinson entered Ann Arbor as a four-star athlete, and went on to break records as a star quarterback for Michigan. While he could certainly throw a nice spiral, it was Robinson's game-breaking speed that made him a matchup nightmare for opposing defenses.

After leaving the Wolverines following his senior year, Robinson let it be known that he was "up for anything" in the NFL. When he was drafted in the fifth round by the Jacksonville Jaguars, the team selected him as a running back despite referring to him as an 'offensive weapon', capable of lining up at wide receiver and fielding kick returns as well.

Robinson is just one example, among many others, of a star athlete in college completely switching positions at the next level. It comes as no coincidence that many of those who change positions are former quarterbacks.

Robinson, Terrelle Pryor, and Logan Thomas are just a few of the collegiate signal callers that have found success catching the ball in the NFL. Their knowledge of the playbook, routes, and football acumen in general played just as big a role in their success as any time spent in the weight room.

Path to the Pros

It may seem obvious, but it needs to be said: athletes who play a position that is not what they intend to pursue in college will make them better football players at every level.

The NFL is littered with once two-position stars that only defined their role after playing in college. Jabrill Peppers, once the third-ranked recruit in the nation, came to Michigan as an athlete, given his success playing just about anywhere in high school.

As a Wolverine, Peppers made an impact mainly on defense, where he would switch between linebacker and defensive back. However, he often took snaps at running back and fielded special teams, making him a unanimous All-American and first round NFL draft pick, where he now plays safety for the New York Giants.

Versatile play is not something that solely applies to Peppers. Juju Smith-Schuster catches balls for the Steelers today, but he was tasked with defending receivers in high school as a safety before committing to USC as an athlete.

Before he became a key fixture of the San Francisco 49ers defensive line, Arik Armstead played on the offensive line as well, a skill that pushed him to go to Oregon as an athlete. NFL rushing leader Derrick Henry broke high school rushing records before he ever suited up for Alabama, yet he still chose to enter the recruiting pool as an athlete. Robert Woods, like Smith-Schuster, played both wide receiver and defensive back before joining USC in 2010.

Going into college as an athlete is certainly not for everyone. It requires the ability to master multiple spots on the field, increased playbook studying after practice, and a willingness to adapt. Nevertheless, those who do decide to play numerous positions can open up a quicker path to playing time and gain valuable experience that could propel a potential NFL career.

While the stigma around the athlete position is a belief that a player isn't truly great at anything, being versatile and eager to learn are traits that coaches and scouts across the nation always look for when filling out their rosters.