Andre's Journey in Sports and Take on Name, Image, and Likeness | GMTM

Andre's Journey in Sports and Take on Name, Image, and Likeness 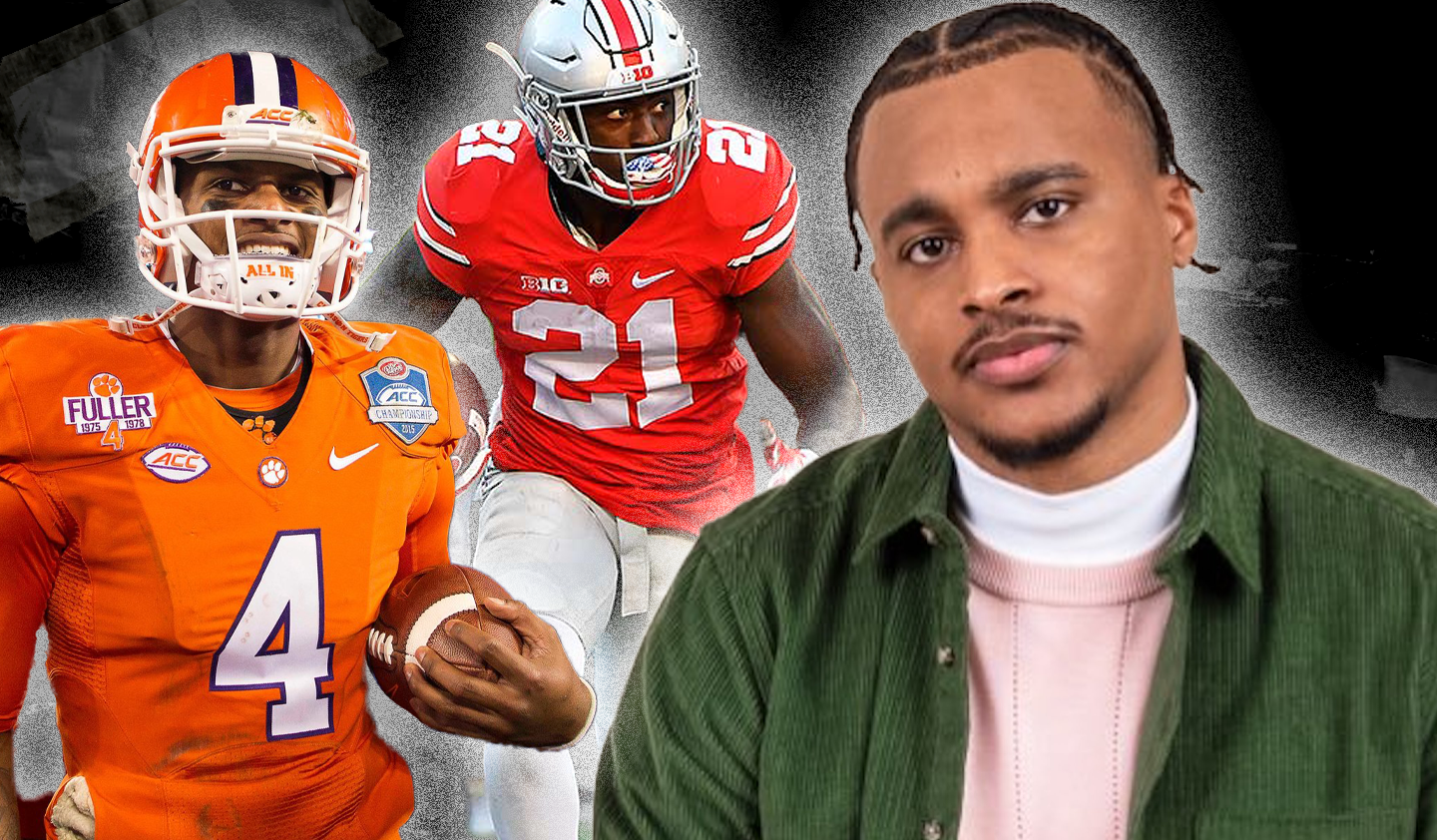 Though he's not even 30-years-old yet, freelance creative Andre Robinson has a resume that's comparable to most of the star athletes he works with.

From Clemson to Ohio State to most recently the Los Angeles Clippers, Robinson has been creating content with some of the most valuable brands - and names - in sports.

But while Robinson's age seems to be the most amazing part of his journey, it is also the thing about him that allows him to get through to his twenty-something-year-old clients and really excite them.

From the freshest music to the most progressive edits, Robinson's work isn't subtle but it does unconsciously shape the brands he works with. In fact, his work is seen by millions everyday via Twitter, YouTube & Instagram on the accounts of top NBA players.

Empowered by the work he has done with NBA and college stars, Robinson left his Video Producer role with the Los Angeles Clippers in May of 2021 and will start working as a freelancer.

His ability to capture video and deliver cutting edge social and marketing content is in high demand among players across the NBA, so he is choosing to capitalize on that rather than working within one organization.

Meanwhile, sweeping changes to how college athletes can leverage their Name, Image, & Likeness is certain to bring Robinson - & top video editors like him - a lot of business in the near future.

During his transition away from his role in the NBA, we caught up with Robinson to ask about his journey and how NIL could change his industry overnight.

How did you get your start as a creative?

Andre Robinson: "I was making videos in college, originally, as a freshman class president for a student organization - basically trying to get students and stuff to my events and things of that nature. So, I was recording my events and creating promos and creating recaps and all those types of things.

And I started realizing being at an HBCU level that my career path was heading towards a job at BET. So, I made a decision to transfer to Clemson University, in hopes that I would get back to the sports type of feel.

Clemson football at the time was winning games. This was like around 2014 before they won a national championship, but everyone was raving about how good the team was going to be. And so I just got on that wave, working with their football team.

And with the Vine era that was  coach Sweeney doing the Whip and Nae Nae in the locker room, Jumpman, Big Rings, stuff like that. So it was just like a big culmination of hip hop culture and sports.

And so now, fast forward into 2021, we see it all the time. It's the practice highlights, it's the playlist that they're running for social and now it's your highlights and your hype videos, all those types of things. So, I felt like I was at the forefront of creating that type of buzz tied to what we see today in social media posts."

What was the thing that inspired you to start creating videos and crazy edits? Was it just a desire to tell the athletes' stories in a new way?

Indeed. (A few years back) The Player's Tribune was doing these self-narrated pieces from players' stories and to me, it was more than a type of movement. It was evidence that players are people, too. And they all had a story. And they all wanted to tell this story and not wait for a one-time ESPN feature on them, you know... like one segment on them before their televised game.

What about the walk-on who lost his mom and promised her he was going to get a scholarship at Ohio state? What about the lacrosse player who's dealing with leukemia and she's been continuing to compete with that burden? WHat about those stories?

Everyone wants to tell their story. Everyone wants to be a star. And social media has allowed people to use their voices and not wait for someone to come to them in order to tell it for them.

"I've always been a firm believer that you can always tell somebody how much of a good time they're having, but it was a little different if you show them."

Name, Image, Likeness: What's Really Going On In The NCAA

For a long time college athletes were not allowed to accept any money. Athletes still won't be paid for playing their sport but as of July 1st, they can make money from "NIL." You may have seen this...